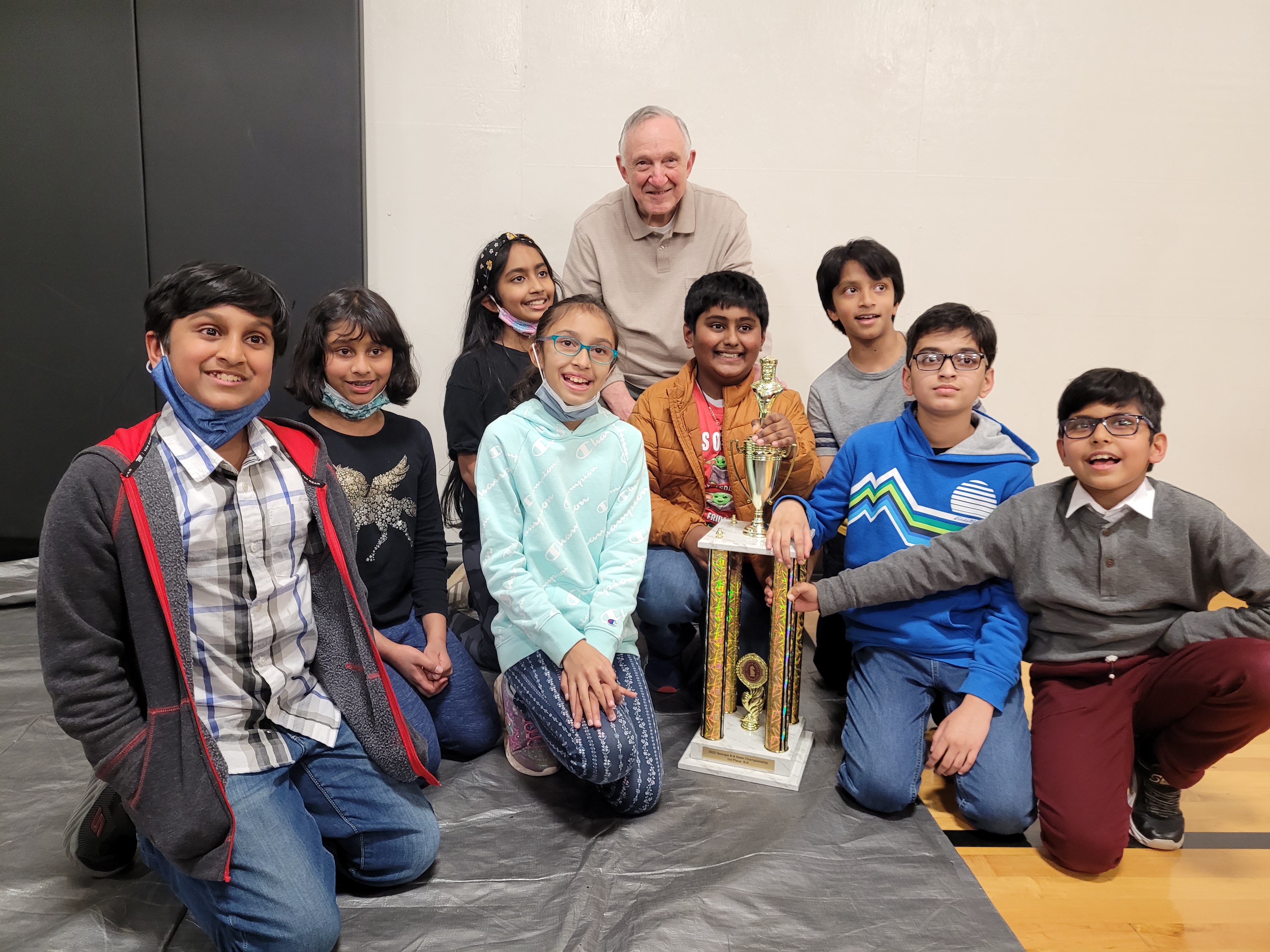 We prepared for the 2022 State Championships by playing a lot of game plays that the coaches from Championship Chess prepared for us. My Coach, Steve Schneider, encouraged all of us to play daily online tournaments and also do puzzles from Lichess to build our tactics. We also analyzed many games we played to know our mistakes and learn from them. We practiced many openings and endgames. We tried our best in the tournament and came out to be first.

1st round: We played against Lovett Elementary School in this round. We lost 2 games and won 2 games. So, this round was a draw.

2nd round: We played against Pace Academy. Our team won this round and got a point.

3rd round: We played against Murdock Elementary School. Our team won this round as well and scored a point.

4th round: This round was very crucial for Brandywine Elementary. This round would decide our standing in the State Championship. We played against Dolvin Elementary who were standing 1st at the end of the third round. It was a very close call as my game was the last one from the team and the deciding factor for the standings. We won this round and hence the State Championship. We ended up having 3.5 out of possible 4 by the end of 4th round.

(If more than 2 players in a team win their games, the team wins against the opponent team and gets a point. If both teams have equal wins then it is a draw and each team gets half a point.)

The top 5 teams were awarded with the trophies and below are the teams under K-5 section:

National Elementary K-6 Championship for 2022 will be from May 13-15 in Columbus, Ohio.  Our team is planning and probably will be going to the Nationals as it will be a wonderful experience for all of us as we get to compete at National level on even a bigger stage. 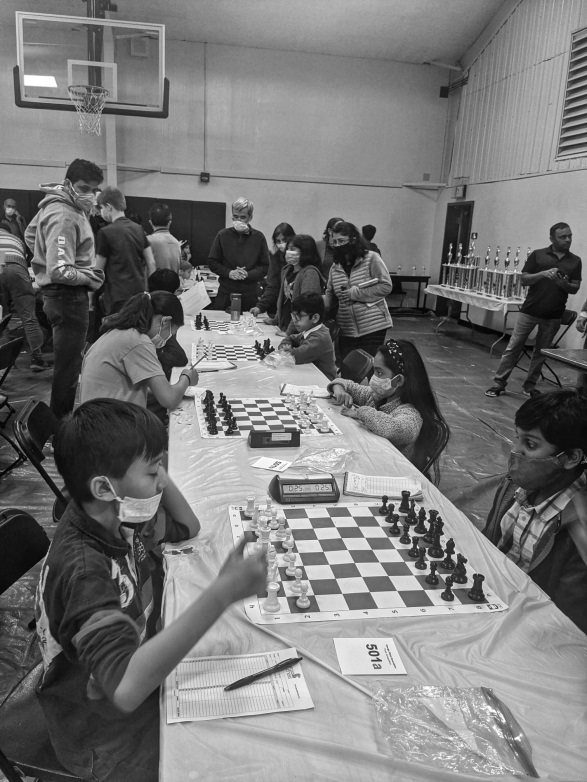 Ruthvik’s experience in his own words …

Hello, my name is Ruthvik Kasala. I am a chess player and have been playing this awesome game for about 4 years now. Chess has really helped me out in many ways. During the pandemic the online chess sessions with Coach Steve and the online practice games helped me to stay in competition with other players and I made some friends while playing it too! But I still missed the face to face game with other players. Thankfully, the Over The Board games returned to my life now and the first tournament after the pandemic I played was the State Metro Qualifier. We were second place in the K-5 section at the qualifiers and first place in Forsyth county. The 2022 GA State Team Championship was on 26th March, 2022 and the wait was hard. On the day of the tournament  my family accompanied me. It was a challenging and exciting experience at the same time competing with the best players from other elementary schools. I was getting psyched to start playing. There were four rounds in total and I won some, drew some, and lost some. Overall our team did really well. Sometimes it can be terrifying, but that's okay. Our coaches from Championship Chess were with us on the tournament day, reviewing our games in between the rounds and guiding us to the success. In the end we won the Tournament! Now we are the best school at chess in the K-5 section! I had a great experience at the 2022 GA State Team Championship.

Anvika Kore is a 4th grader at Brandywine Elementary School.

Anvika’s experience in her own words …

My experience was great! We represented Brandywine Elementary School. This is my first GCA State Team Championship and I had an amazing experience. The waiting room was really big and had some descent space. Hundreds of people were there, playing practice games or talking with their coaches. The tables were divided in groups. When we were playing, we went 4 on 4, and went in experience order. I was the 2nd most experienced player in my group. We all played against some teams for 4 rounds. I lost the first round and I am so thankful that my coaches from Championship Chess were present, especially Coach Steve who was there to help me review my first game and figure out where I made a mistake. My opponent played a new opening which I had never played before and it was a good learning experience. I was able to win the next 3 rounds.

The last game was pretty tense for me. I was the last one from the team to come out. My team and my parents were anxious and waiting for my game result. If I didn’t win, it would’ve resulted in a tie with other teams and the tiebreaker would’ve placed us somewhere else in the Top 5. Thankfully we won the K-5 section. Our team was so excited! This win inspired me to continue playing chess and try to get better at the game. This experience gave me knowledge, team-building, confidence, and inspiration to get better at Chess.

Aarav Shukla is a 3rd grader at Brandywine Elementary School. He is the youngest in our team and played a level up.

Aarav’s experience in his own words …

After securing 2nd place in the State Qualifier Event, we got a chance to represent our school in the State Championship. It was my first time playing in the State Championship. For the first round the team got 1 point. In the 2nd round both the teams did well and each got half-half points. In the 3rd round, the team got 1 point. In the last round, we had to play against the top team in the tournament. I got a bit nervous, but I was sure that I had to play a good game without thinking about the end result. After 65 moves, I was able to beat my opponent. Also, my other teammates won their matches. We were happy that our school got 1st place. Credit goes to my chess coaches Coach Tim , Coach Steve and parents.

Aashna Bavera is a 4th grader at Brandywine Elementary School.

Our school Chess club is Championship Chess. We are so thankful to our coaches for preparing and training us for our biggest event. Our coaches (Coach Steve Schneider, Coach Dennis Jones  & Coach Chris Wiley) were there with us during the event helping us analyze our games and encouraging us throughout the event.